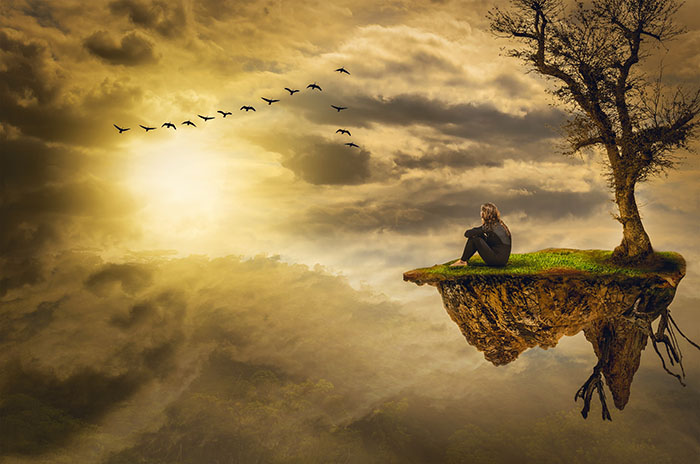 The runway sales of the book on Capital and inequality by a French economist Thomas Piketty has shown the specter is never far away on the Left. One of the most popular Marxist doctrines, which still finds its place in conversation, is the alienation of the worker. The theory goes that in the capitalist mode of production work dehumanizes the worker, thinking primarily of the factory worker. A lot has changed since Marx’s day, and the Dickensian factories and workhouses that he had in mind have long gone. In spite of this change, the theory remains, except it is now applied to workers in sweatshops, which still have a Dickensian ring to them, but they are the exception to the rule, whereas in Marx’s day they were the rule.

This is not the only thing that has changed. The working class of which Marx wrote has, in his own terms, become bourgeois. The definition of poverty is more related to how many cars or TVs you have, rather than subsistence. Poverty today is more defined by satisfaction of wants and aspirations than needs. The process of embourgeoisement was reportedly dismissed for good by sociologist John Goldthorpe back in 1963, but the world has changed a great deal since Goldthorpe was writing as well. The “working class” today take foreign holidays, own property and even go to the opera on occasion.

Economic change, and the impact of reality, has broken apart Marxism, Socialism and Communism, but they have not disappeared altogether. The same instincts remain, but they are dispersed in the shattered pieces that remain in the range of causes and groups that challenge the basic assumptions of capitalism in much the same way as these grand movements tried to do. If Marxism, Socialism and Communism have not disappeared, how do we know where the shattered elements can be found?

Well, you can find them on both sides of a narrative about the ills of capitalism. On one side, we have the “social responsibility” executives, who have both the wealth and the salve for their consciences. They jostle for attention alongside the Wall Street protesters who seem to have the time, technology and money to camp on the streets instead of working or looking for work. This is a far cry from the working classes that need to break apart their chains; it seems they are the workers who simply prise open their wallet.

There has always been an air of the snob around the left, a middle class enclave that looks down at the working class as their own personal playground. This thought came to me recently when I heard a CSR person say how they wanted to visit poor areas, to see how “real” people live in the particular country he was visiting. It seems the Left has to travel further distances, and expand their carbon footprint, to fulfill their fantasy of how the poor live in need of their help. The so-called “anti-capitalists” and “anti-globalization” camps that periodically spring up, oddly in times of recession, are the modern day kibbutz for the spoiled to search for meaning in their life. They still imagine a life of the greedy boss and the despoiled and alienated worker.

Such a view is out of touch with reality. Companies today are focused on employee engagement, recognizing the engaged and interested worker is more productive. This is the antidote to alienation. Indeed, alienation is not the preserve of the factory worker or the low-paid. Many people in the workplace feel this way.  Managers can feel alienated from the workplace or the goals of the business as well. They too can be trapped by the mortgage or the sense they lack advancement. The path to better engagement is dialogue, connecting people to each other in the workplace in a common cause, not trying to find reasons to divide them.

However, removing alienation in the workplace and creating better dialogue to have a more engaged workforce, doesn’t address the underlying depressing principle of the Marxist, Socialist and Communist triad of causes. These movements were just as materialistic as the capitalist they had in their imagination. They saw the worker simply in material and economic terms. They did not see them in spiritual terms, after all religion is the opiate of the masses in their ideology. The whole shift to employee engagement is capitalism’s response to alienation, and is recognition of the monetary value of the engaged employee. In other words, it has arrived at the answer on its own terms. This movement is more creative and offers a better path towards the sense of well-being of the employee than all the protesters and their slogans put together.

While this deals with alienation at work, it does not in fact address the spiritual problem. It is simply the other side of a coin. To use Marx’s famous image, we can see this as the switching of one set of chains for another. The historical move we have seen is the freeing of the chains of poverty for vast swathes of the population only to find themselves chained by the materialism of our age.  This is what is revealed by the middle class recession we witnessed these past few years, because the working class has become middle class in relative terms and a larger middle class, over extending itself through debt and property speculation, got caught out by the inevitable force of economic gravity.

It is great that the market economy has moved so many out of poverty and low incomes, but it seems that we are a generation in search of spiritual meaning.  Alienation is not the material problem Marx thought it was, but the spiritual problem that points to the absence of God. Jesus recognized this in his parables, using everyday economic examples, such as workers in the vineyard or a lost coin, to point to spiritual absence. No matter how successful our economy, or even if humanity triumphed in the way the Left dreams, the problem will not be solved on material terms. Our economy is a reflection of our human condition. It puts numbers on what we truly care about, and this has to be the starting point of any Christian understanding of the economy.