What began as an idea in the heart of our Founding Fathers led to Houston Baptist College’s establishment in 1960. With a strong foundation to build upon, the institution has become the renowned, national, comprehensive University it is today. Keeping Christian principles at the forefront, the University has retained its character as it has grown.

As we celebrate the Diamond Anniversary, we’re truly celebrating each of you. Students, alumni, supporters, parents, friends, faculty and staff, you are the heart of HBU. We look to the past with gratitude and pride, and we look to the future with eager anticipation.

The Rev. Billy Graham speaks at the inaugural HBC Convocation in 1963. 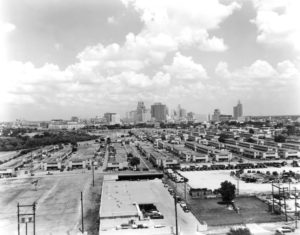 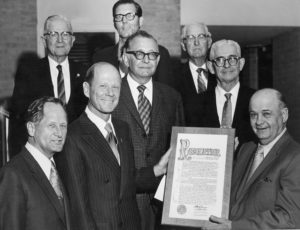 The Frank and Lucille Sharp Gymnasium and the Atwood I building are dedicated. 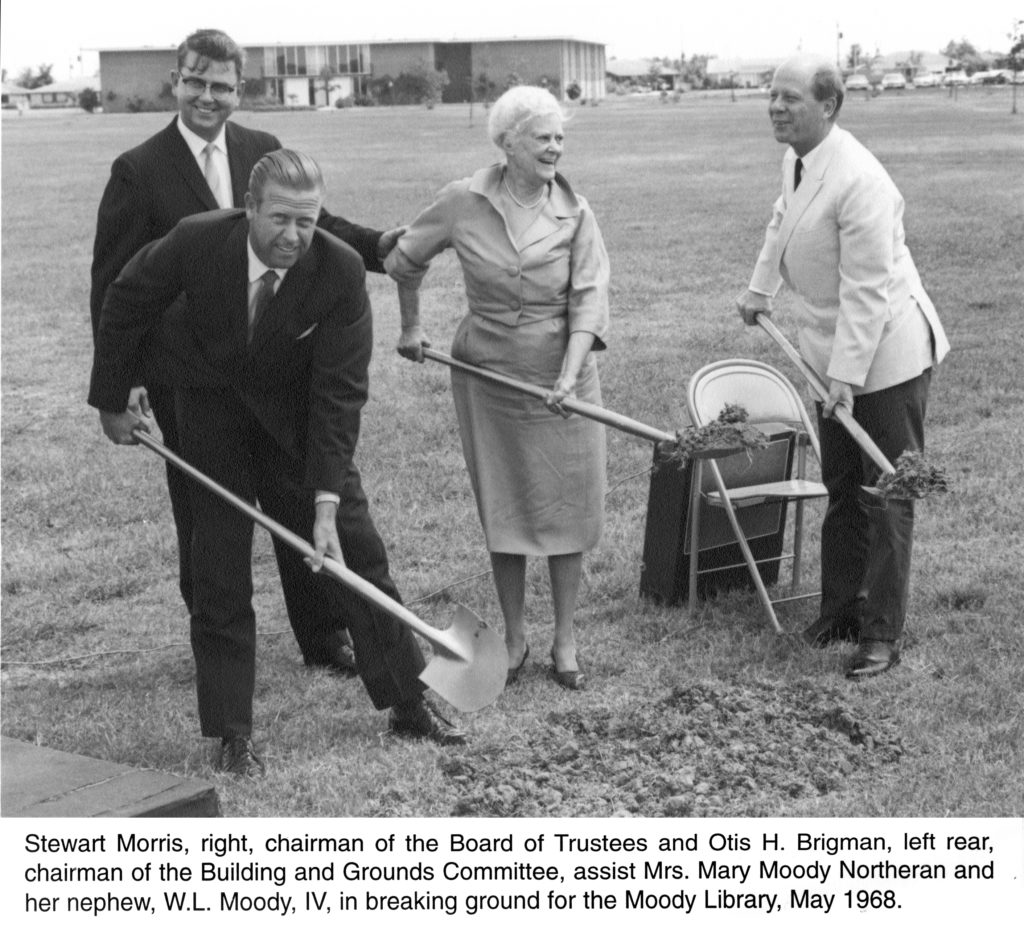 Dr. Stewart Morris Sr., founding father, and Joella Morris give 10 granite pillars to the University; the statuesque pillars were salvaged from the historic Galveston County Courthouse that survived the hurricane of 1900; Mingo becomes the University mascot.

Memorial Hospital announces the purchase of a tract of land on the southwest side of campus.

A $1 million grant from the Cullen Foundation paves the way for the Cullen Science Center.

The J.E. and L.E. Mabee Foundation provides a grant to construct The Mabee Teaching Theater. 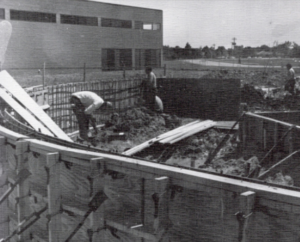 The Glasscock Gymnasium is dedicated.

A new campus entrance is constructed on Fondren Road using stately columns and architectural elements formed from the same Texas granite as the 10 columns given by the Morris family. 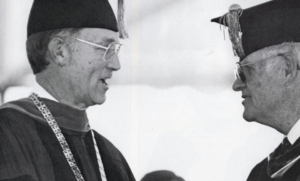 The former men’s gymnastics team becomes #1 in the nation in NCAA competition. Groundbreaking ceremonies are held for the Hinton Academic Center, a new centerpiece of the campus.

A groundbreaking for the Baugh Center is held; students move into the newly constructed Husky Village Apartments on campus. 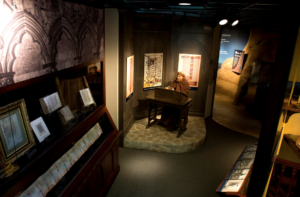 The Bible in America Museum (now the Dunham Bible Museum) opens to the public.

The “Legacy Evening with Lady Margaret Thatcher” brings the former prime minister of Great Britain to HBU; the M. Catharine Mest Wing is added to the women’s dormitories.

General Norman Schwarzkopf is the featured speaker for the Spirit of Excellence Dinner. 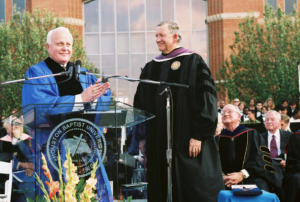 HBU is named one of 200 “Colleges of Distinction” nationwide. 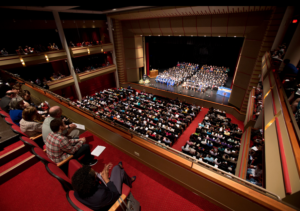 Dr. Sloan and the HBU Board of Trustees adopt “The Ten Pillars,” a 12-Year vision for the future of the University; the University Academic Center and Hodo Residence College (formerly the Lake House) opens.

Construction is completed on the $1.5 million Sherry and Jim Smith Letourneau Organ in Belin Chapel. 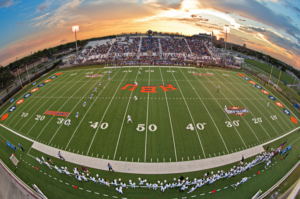 HBU is fully admitted back into NCAA Division I Athletics membership and announces acceptance into the Southland Conference.

The first-ever home football game is played in Husky Stadium on Dunham Field; the McNair Plaza is constructed. 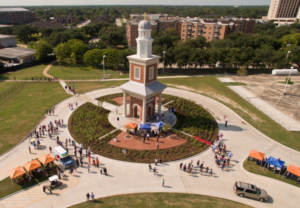 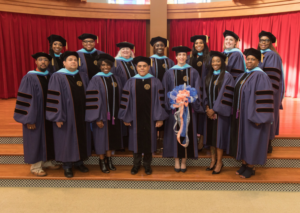 Sherry and Jim Smith, Sr. provide $20 million toward the construction of classroom and laboratory facilities to be utilized by the College of Science and Engineering and the School of Nursing and Allied Health. 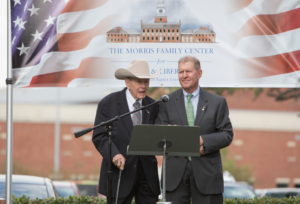 A ceremonial groundbreaking is held for the Morris Family Center for Law and Liberty thanks to a more than $10 million gift from the Joella and Stewart Morris Foundation.

Share #HBU60 on your social media platforms! Look for the special #HBU60 frame!

Submit your HBU/HBC photos and memories to be shared throughout the anniversary year!

Submit Your Old Photos and Memories

HBU turns 60 this year! Read about our rich history in the 60th Anniversary Collector's Edition of The Pillars Magazine. 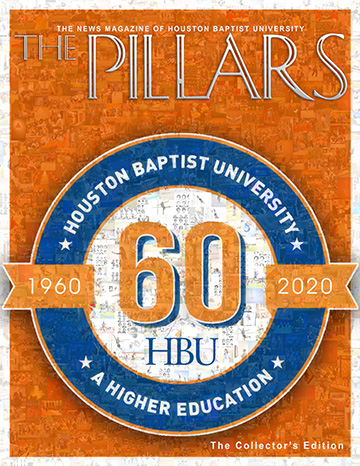 Click to Zoom and Scroll
Find your favorite photos from the magazine cover!
Download the full resolution cover

Move the orange bar across the photo to see what campus looks like after 60 years of growth.

There are no upcoming events at this time.